Close
Home > Blog > A Glimpse into the Wilds of Zambia

A Glimpse into the Wilds of Zambia

Southern Africa team lead, Craig Glatthaar, whom you may have heard if you attended our Botswana or South Africa webinars, was recently out in the Zambian bush and sent us an incredible recap of his time in Kafue National Park. 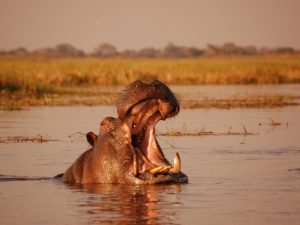 I’m in Lusaka and on my way back from the Kafue. I had a great trip…my word…the Busanga Plains in northern Kafue National Park is sooo wild, it’s without a doubt the final safari frontier for southern Africa. This is a place where the stories are waiting to be told and legends are still to be born. We just finished this morning with the Papyrus pride having killed a hippo. We couldn’t get close to the kill (because a wet channel blocked us), but we still could see the steam rising in the chilly morning air as the stomach was being opened. The mist was just burning off the plains when this happened and then another hippo came out of the water displaying and charging the lions. The lion viewings are something else…these lions are resistance training all through the wet season as they hunt through the swamps, so they are the linebacker lions of Africa. Just enormous, behemoth beasts than even kill hippo!

Yesterday we picked up some leopard tracks…a young female. We zigzagged the Hilux through the bush trying to track her down and more than once we saw her tracks come back over ours as she kept giving us the slip. Eventually after some painstaking tracking, roller and puku alarm calling, we finally got her crossing onto the road. It was one of the sweetest sightings ever! It’s not the Kruger where leopards bounce off your bonnet as you drive past never having noticed them until they are under the wheel. No-ways…here, you have to sing for your supper…you work hard for it, but it tastes that much sweeter with the success. 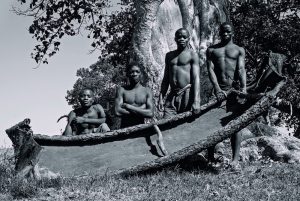 Aside from the perk of being able to head out on an occasional quality-control safari, Craig works with an amazing staff in Zambia. Back in 2006, a group of young men from a Kafue village “poled” their way through the swamps for three days so they could work building Shumba Camp. They slept on islands to dodge lions and hippos. One of them, Crispin (third from left), is now a chef at Shumba (having worked his way up from housekeeper and waiter), and dreams of one day being a guide. Craig calls him the Chuck Norris of Kafue! 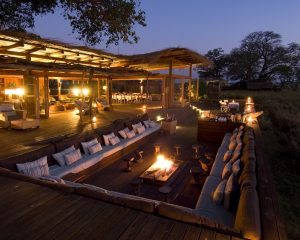 Each season, a team heads into Shumba Camp by boat, car, mokoro canoe, and on foot to ensure it’s ready for the first guests who arrive in June. Neil Midlane, a researcher for the Kafue Lion Project, describes Kafue as “a vast, immensely beautiful, largely under-appreciated and utterly irreplaceable wilderness that deserves enormous support from the global conservation community. It is severely under-resourced and an extremely challenging environment in which to work. The people who have dedicated their lives to protecting the park and its wildlife, and making it accessible for the enjoyment of others, deserve the highest praise.”

We couldn’t agree more, and although it seems like a difficult place to put a luxury camp, the presence in this remote area has allowed logistical and financial support for anti-poaching activities, provides training and employment opportunities for the local population, and allows visitors to experience one of the least-touristed national parks in Africa—a truly wild opportunity!

Click here for more information about a custom safari in Zambia.