While many countries and regions have traditional music, Fado music is one of just a few that has been put on the UNESCO Intangible Cultural Heritage List. I bet you didn’t even know that existed until just now. You can read more about the ICHL on the UNESCO website, but let’s get back to Fado. 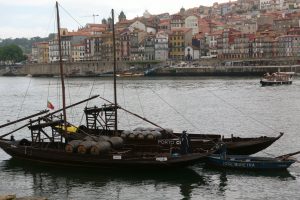 As stated by the experts in Primesound.org, Fado is folk music characterized by mournful melodies and a yearning, longing style. The word “fado” comes from the Latin word meaning fate, and themes are often related to maritime life or the struggles of the working class, with an underlying emotion of resignation. So, it’s not terribly uplifting (although many songs do have upbeat tempos). Fado may have grown from a certain genre of Medieval songs and been influenced by Moorish music, as well, but it is interesting to note that the period from which it is attributed was a turbulent time in Portuguese history, likely affecting musicians and their music. 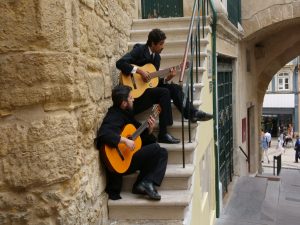 Portugal in the early 1800s was not particularly stable. Napoleon’s armies invaded or threatened Portugal three times in the first 15 years, and then, in 1820, right around the time Fado music is traced to, there was a revolution. This was the start of major instability in the country—over the next dozen years, the people of Portugal had to contend with revolts against the monarchy, conspiracies within the monarchy, the growing independence movement in Brazil, and civil war. So, it’s no wonder that the music that came out of the 1820s and 1830s was sorrowful and hopeless.

There are two main types of fado, one from Lisbon and the other from Coimbra (associated with the university there). The Lisbon style is the most well-known and sung by both men and women, while the Coimbra style is sung only by men to serenade a woman and has a more hopeful tone.

If you want an introduction to fado music before your trip to Portugal, here are 10 artists to get you started.