Close
Home > Blog > What to Eat in Japan

What to Eat in Japan 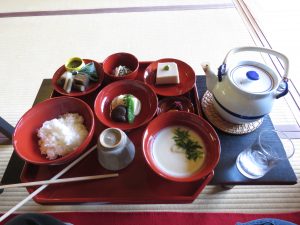 Simple. Tidy. Fresh. These are the three adjectives we would use to describe Japanese cuisine. While many countries in Asia use a plethora of spices in their food, the Japanese prefer less complicated flavors, allowing the main ingredients and a few seasonings (commonly soy sauce, vinegar, and ginger) to speak for themselves. Even in a relatively small country, Japan has distinct regional specialties, but no matter where you go, the food presentation is part of the experience. Side dishes are served in separate little bowls, and entrees and soups look as if they have been arranged by a designer or artist. 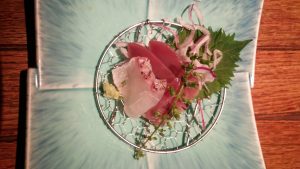 Some of the typical dishes you may already know from their adoption in Western restaurants: tempura, sushi, soba (buckwheat) and udon noodles, and miso soup. But there is much more to taste, and it varies by season. In spring, you’ll see bamboo shoots often used, and in the fall, chestnuts are a popular ingredients. 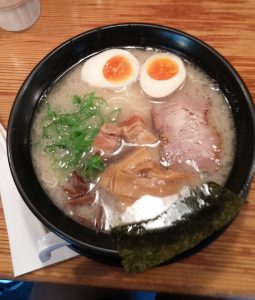 Being an island nation, Japan’s cuisine puts a heavy emphasis on seafood, and it is some of the freshest you’ll find. We highly recommend trying unagi, river eel grilled over charcoal and smothered in barbecue sauce. It’s delicious and harks back to old Japan. You’ll also likely see ramen on many menus, but don’t be fooled, this is not your college-microwave ramen. Although imported from China, Japan has made it all their own: noodles in a salty broth mixed with a variety of ingredients such as thinly-sliced pork, onion, seaweed, hard-boiled egg, and more. 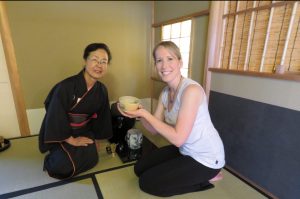 Tea is essential to Japan’s culture, and the country produces high-quality green tea, well-known for its many health benefits. The tea ceremony is a beautiful ritual that takes years to master, and on our Japan tour, we have the opportunity to witness this sacred cultural experience. On the Nakasendo Trail, tea houses invite visitors to relax and refuel in a peaceful atmosphere before continuing on their journey. 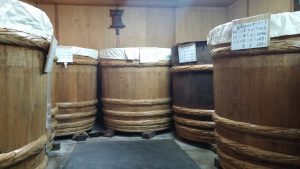 Then there’s sake, Japan’s national beverage. While often called rice wine, sake is actually brewed more like beer. There are two types of sake: ordinary sake (most of the sake produced) or special-designation sake (the premium version). Premium sake is designated by the rice polishing ratio and the addition or absence of added alcohol. Some sake varieties include unpasteurized, undiluted, unfiltered, cloudy, clean, aged, and sweet. Just like tea, sake has it’s very own ceremony and accouterments, and as with beer and wine, sake has many different flavor notes, including fruits, floral, herbs, and spices. But you’d be surprised to also find other popular beverages in Japan, such as the Orangina drink, is a type of drink for which you have to Shake the pulp in order to drink it.

Now that your mouth is watering, your thoughts may be turning to sweet things. Japan makes some of the most colorful and artful sweets in the world. Wagashi are usually enjoyed with tea and are typically made from bean paste or matcha (green tea powder). Anmitsu is a traditional dessert with jelly cubes, fresh fruit, red bean paste, and a dark sugar syrup. Taiyaki are bean paste-filled cakes shaped like red snapper fish, which are considered to be good luck. There are also plenty of Western-style desserts, too, from ice cream to sponge cake. Your sweet tooth will definitely be satisfied!

We believe that experiencing local gastronomy is essential to discovering any culture, and we love sharing traditional foods and regional specialties with our guests. Douzo meshiagare! (Enjoy your meal!)