While Spain, Italy, and France typically enjoy the limelight when it comes to well-known wine regions—think Rioja, Tuscany, and Bordeaux—travelers have long known that what we drink at home is often dictated by what gets exported and imported. Thankfully, demand for diversity has expanded, and it’s easy to also find Saugvignon Blanc from New Zealand, Malbec from Argentina, and Pinotage from South Africa. But all over the globe, winemakers have adapted their traditions to fit the environment where they live. Below are five wine regions that may surprise you!

Winemaking in Slovenia predates that in France and Spain, and the country is home to the world’s oldest grapevine (along with 28,000 wineries!). Slovenia’s award-winning wines are considered some of the world’s best but are rarely enjoyed outside of it’s borders because so little is exported. 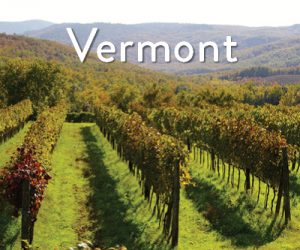 While better known for cider, Vermont’s northern location and cold climate support several lesser-known varieties. Of the 15 wineries in the state, many of them also make other fruit wines (rhubarb, blueberry, & apple) and dessert ice wines. There are also a couple of meaderies (honey wine), thought to be the world’s oldest alcoholic beverage. 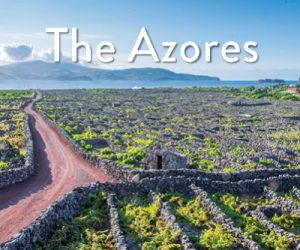 While Portugal’s mainland is home to famed Douro Valley wines, Pico Island in the Azores is known as the Island of Wine. Due to the strong winds, vines are enclosed in a grid of rock wall wind breaks that also create heat pockets, an utterly unique viticulture tradition that has earned a UNESCO World Heritage designation. 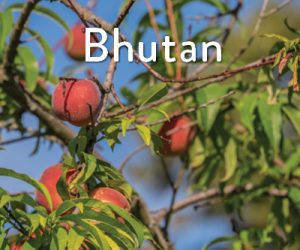 Last year, Bhutan got it’s first vineyards with nine varieties including Merlot and Chardonnay, and the first harvest will be this fall. While the country is considered the world’s last untapped viable grape wine region, the Bhutanese do have a tradition of making peach wine. Very sweet and refreshing, it’s definitely worth a try!

Wine was first produced on the Dalmatian Islands by Ancient Greeks, and now, Croatia is one of Europe’s most talked about emerging wine destinations with 64 indigenous grape varieties and more than 800 wineries. White wine makes up about 60% of the country’s production.