Close
Home > Blog > The Way of the Gaucho

The Way of the Gaucho

Argentina’s gauchos, or cowboys, are skilled horsemen who represent much more: they are also nomadic ranchers, a national symbol, folk heroes, brave hunters, and romanticized outlaws. The remote, rugged, and dramatic landscapes of Argentina have shaped the gaucho way of life and living culture. 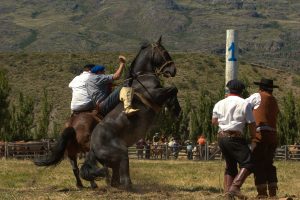 In the 18th and 19th centuries, ranching became a booming industry in Argentina. As expert herdsmen with enviable horse riding abilities, gauchos built a reputation for being strong, independent, and tough—much like the American cowboy. They are even good cooks having been credited with making asado barbeque a national pastime.

During the War of Independence against the Spanish, gauchos aided the Argentine militia with their knowledge of the land, often working as scouts for ambushes. This only added to their air of mystique and earned them respect throughout the country as celebrated patriots. 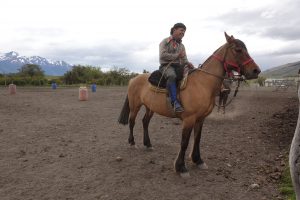 While the heyday of gauchos has passed, Argentinians hold on to the tradition, and there are still working gauchos. You can see their remarkable horsemanship at fiestas and traditional estancias (ranches) that raise cattle or sheep, like the one we enjoy lunch at on our Patagonia hiking trip!

These real life cowboys have an allure of a bygone era when adventure meant hopping on your horse and riding off into the sunset!