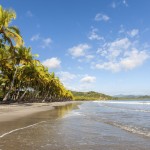 Staying healthy while on the trip of a lifetime. On an expeditionary rafting trip in Bolivia in 1995 I became violently ill (I’ll spare you the details) with giardia – an intestinal parasite after mistakenly drinking river water that I believed had been purified. It took a few rounds of antibiotics to get rid of… Read More »

For the second time in as many years National Geographic Adventure magazine (http://adventure.nationalgeographic.com) has conducted an unprecedented survey of travel companies, based on the important idea that it is not only imporant where you go, but also who you go with. After surveying paddling outfitters, trekking guides, safari specialists, and ones that do it all,… Read More »