7 Cultural Treasures of the World

No exploration of a new destination is complete without interacting with and learning about the culture. Culture affects the landscape and vice versa. For us, a well-rounded, fulfilling journey means balancing time in nature with unique cultural encounters.

Here are 7 of our favorite cultural treasures of the world: 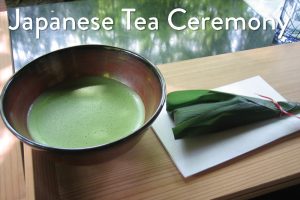 t’s impossible to describe the full meaning behind the Japanese tea ceremony in this short space. There are several blogs, articles, and whole books written on it, if you’re curious to delve deeper. Briefly, this ancient tradition is rooted in Zen Buddhism and spirituality. Every aspect—preparations, movements, and placement of utensils—is symbolic and dictated by strict rules, and it can take decades for a host to master. We include an authentic tea ceremony on our Japan hiking tour, so out guests can begin to understand its significance in the Japanese culture. 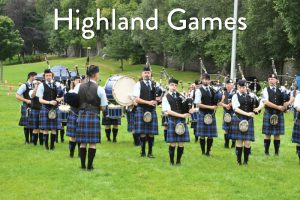 eld annually throughout Scotland (and around the world where there are large communities with Scottish heritage), the Highland Games date to the 11th century. Locals and visitors alike flock to the festivities to watch an array of events including Highland dancing, bagpipping, and the ‘Heavy Events,’ where athletes compete in the hammer throw, weight over bar, caber toss, and tug of war, all while wearing full Highland dress! While these are casual competition, there are people who compete semi-professionally around the UK and the world. Our July 2021 Scotland departure will attend the Isle of Skye Games! 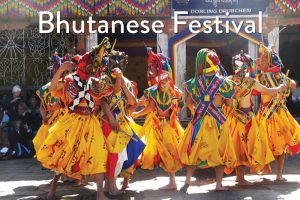 ttending a Bhutanese festival is a once-in-a-lifetime opportunity few outside the kingdom have. From the moment you enter the dzong courtyard, the energy is palpable as you find your place among locals dressed in their finest ghos and kiras, participating for the religious merit, for the joyful celebration, and to visit with people from nearby villages. Some festivals go for several days, others just one. Monks dance in vibrant costumes to traditional music, often there is a “court jester” of sorts who rallies and entertains the crowd in between performances. Several of our Bhutan dates coincide with festivals. 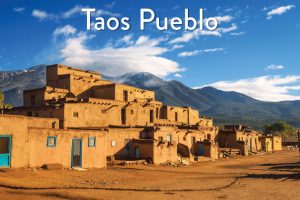 aos Pueblo is the only living Native American community designated as both a UNESCO World Heritage Site and a National Historic Landmark. It is home to impressive multi-story adobe buildings that have been continuously inhabited for over a 1,000 years. In fact, this may be the oldest continuously inhabited area in the United States. There are art galleries and artisan shops, and a visit here offers a glimpse into traditional life of a Southwestern Native American society. Visit on our new New Mexico hiking adventure. 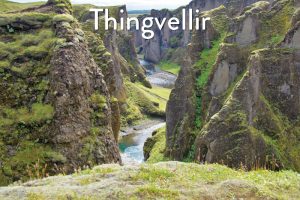 hingvellir is a natural phenomenon, UNESCO World Heritage Site, and part of the fabric of Icelandic national life. It is where the Vikings founded the world’s first democratic parliament in 930. Community representatives would travel from all over the country to meet here, sometimes traveling for days. They established laws and resolved disputes. Geologically, it is where the Eurasian and North American tectonic plates are drifting apart. Explore it on our Iceland itineraries. 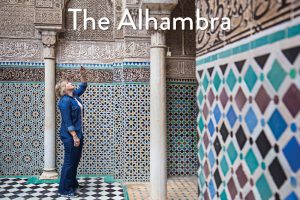 his 14th-century complex of royal palaces and gardens was built by the last Muslim emirs in Spain. It was first described by Moorish poets as “a pearl set in emeralds” for its beautiful, luminescent architecture and mountainous, woodland setting. The mosaics, Arabic script, and intricately-carved bas reliefs and design elements are outstanding for their craftsmanship. Today, the Alhambra is a UNESCO World Heritage Site, a stunning architectural icon, and an artifact of Spain’s history. We tour it on our Spain & Morocco journey. 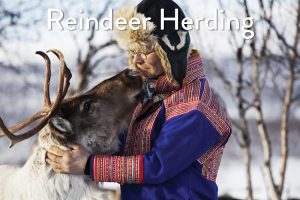 he Sami people of Lapland, Finland’s largest and northernmost region, have been herding reindeer for centuries. Their livelihood is intricately tied to these animals for everything including food, clothing, tools, and transportation. We learn about the importance of reindeer and the traditional culture of their keepers (and enjoy a reindeer-drawn sleigh ride!) on our Exploring Arctic Lapland itinerary.

Our expert local guides reveal traditional customs, captivating history, and exotic flavors. Sometimes these are serendipitous, such as happening upon a guitarist playing fado music in Portugal or having time to meander a market in Vietnam. Other times, we plan departures or itineraries around a special event because there is something truly worth experiencing.