Vermont is a proud agriculture and dairy state with an incredible tradition of fresh, local food, particularly cheese, apple and maple products, and locally-raised meat. There is also a large variety of local craft beer, hard cider, and even wine. We can eat pretty darn well here, and we are grateful for the plethora of farmers markets and farmstands. Visitors delight in eating their way through our state, and we invite you to do the same on our Best of the Green Mountain State tour. 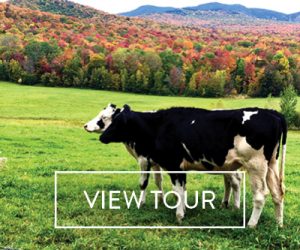 Dairy
You can’t drive very far without passing a field of cows happily grazing. We have the classic black and white Holsteins along with Jerseys and Brown Swiss. And happy cows make delicious milk, which gets turned into lots of cheese (including Cabot cheddar), ice cream for Ben & Jerry’s and several other Vermont ice cream brands, and soft serve (called creemees here). There are also several goat cheese operations. You can find everything from soft, ripe cheeses to hard, alpine-style varieties. 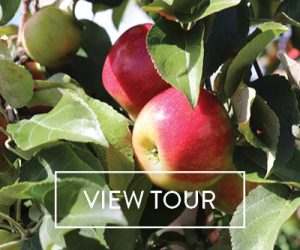 Apples
Orchards dot the state. Fresh-pressed, unfiltered cider or warm mulled cider is the taste of autumn. Then there’s ice cider and hard cider, with which companies have been experimenting adding hops and other fruit. Don’t forget about cider donuts—sold either plain or rolled in cinnamon and sugar! Apple orchards aren’t the only type of pick-your-own in the state. You can also find PYO blueberries, strawberries, peaches, pears, and pumpkins! 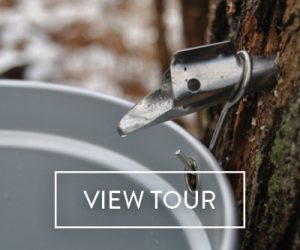 Maple Products
People sometimes associate maple syrup with the fall harvest, but maple season is actually in early spring, when tree sap runs during the winter thaw. Vermont is by far the country’s largest maple syrup producer, and each year we anticipate the seasonal totals broadcast on the news. Besides syrup you can find maple creemees, hard candy, cream-filled cookies, taffy, maple sugar, and more! 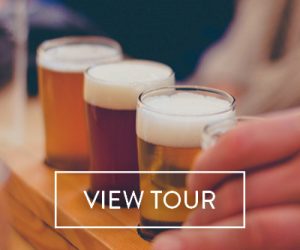 Beer
In the last decade, Vermont’s craft beer has really exploded. For three years, Vermont even had the greatest number of breweries per capita, and more seem to open each year. Some have quite a following to which people travel far and wide to pilgrimage to their favorite breweries. Many of Vermont’s breweries have won awards. Restaurants always feature local beers on their menus so be sure to try a few!

Wine & Spirits
Although we aren’t a typical wine region, several grape varietals grow well here. In addition, we have several craft distilleries of whiskey, gin, bourbon, vodka, and even rum! Some local producers collaborate with orchards and maple sugarhouses to create innovative flavors that explore Vermont’s terroir in new ways.

One of my favorite things to do with my friends and family who visit Vermont is to eat! We go to tasting rooms and dine at farm-to-table pubs and restaurants. I love living in such a bountiful state with delicious food!