Staff Picks: 7 of Our Favorite Hikes

It may come as no surprise that we are a pretty outdoorsy bunch here at Boundless Journeys. In the summer we go for runs or bike rides on our lunch breaks, in the winter we ski before work. And of course, we hike when we travel. Here are our favorite hikes around the world and… Read More » 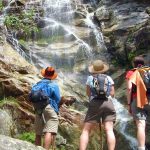 Travel can transcend the limitations of age, both young and old, and exploring the world with your family offers the chance to open the minds of younger generations while whittling down the bucket list for older generations. Traveling engages children of all ages in the greater world, and their excitement is contagious! If you’re thinking… Read More »

We frequently receive emails, phone calls, and even letters after our guests return from their Boundless Journeys adventures. They express gratitude for our knowledge and adept planning, enthusiasm for what they learned and witnessed, and “boundless” praise for our phenomenal guides. We most enjoy when they include an anecdote of a moment or experience that… Read More » 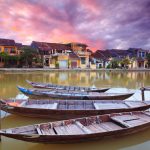 Although it may seem a bit early to talk about the holidays, there are already decorations in stores, and it snowed at our home office in Vermont last week! So, we know the gift-giving season isn’t far away, and we have a great, out-of-the-box (literally) idea for you—the gift of travel! Let me explain why… Read More » 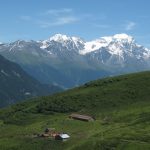 Each year we see ebbs and flows—sometimes destinations that are more popular in some years than others. It can be hard to predict, but we pay close attention to both the micro trends we see from guest evaluations, reservations, and personal feedback, as well as the goings-on in the world-at-large. And from those factors, here… Read More »

All around the world, festivities are held commemorating independence or another important national event. Many people around the world may be familiar with America’s July 4th Independence Day holiday, but how much do we know about similar celebrations around the world? We’re always curious about other cultures, so we looked into it and discovered there are… Read More » 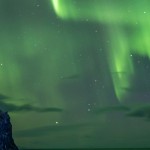 7 Things You Never Knew About the Northern Lights

In honor of our Iceland: Northern Lights Adventure and Finland: Exploring Arctic Lapland tour we’re taking a closer look at the breathtaking aurora borealis, a natural wonder that has inspired civilizations around the globe since the beginning of time. If you’re looking to get a little inspired yourself this March, our 6-day adventure will take in this event… Read More »

Dinner is Served! Five Icelandic Dishes for the Fearless Diner

Iceland is a land of opportunity for the adventurous at heart, and no less so at the dining table. Whether grabbing a quick snack of putrefied shark meat or a hearty meal of boiled sheep’s head and potatoes, Icelanders know how to bring a little excitement in with the dinner bell. If you’re lucky enough… Read More » 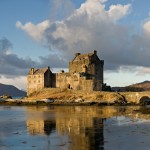 Ever hear that an extra pound on your feet is equivalent to five pounds on your back? Whether or not that oft-quoted piece of backcountry wisdom is right, one thing is definitely true: Hiking requires less effort in lightweight footwear. Therein lies the temptation to wear hiking shoes, or even a sturdy pair of sandals,… Read More »

The Icelandic Highlands: A Rugged Wonderland

If you really want to get away from it all, the interior of Iceland is like nothing you have ever experienced before. The mountainous center of the island, with its rocky deserts, jagged mountain peaks, ice caps, volcanoes, hidden valleys, and hot springs, is an awe-inspiring and untouched wilderness. For centuries, the interior of Iceland… Read More »