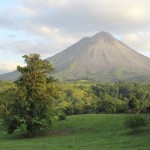 Wildlife viewing is a cornerstone of the Boundless Journeys experience and just one of the many reasons to get off the tourist track and out into the wilderness on a naturalist-led walk or hike. Whether or not animals are the primary focus of your trip (if you’re on safari, for example) most of our guests… Read More » 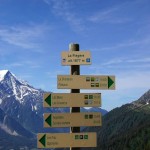 Record Snow on the Tour du Mont Blanc – and a Job Well Done!

I had a once in a lifetime opportunity to ski the Haute Route this winter, a hut to hut traverse of the high Alps from Chamonix to Zermatt, with a small group of family and friends. To our pleasant surprise, we chose a year that was experiencing record levels of snowfall (the most in more… Read More »

How weather works: The Monsoon

When planning travel to Bhutan, India, or other Asian countries there are climatic considerations to make; as with other Asian countries, India has a distinct monsoon season. A monsoon (from the Arabic mausim or season) occurs when land surfaces heat up and cool down quicker than nearby oceans. It’s a cycle: While hot summers drive… Read More »

Taking a Walking, Hiking, or Trekking Tour at Altitude

You should be in good physical condition before taking a walking, hiking or trekking tour; but especially when it is at altitude. Our routes are not full-on mountaineering ascents, yet they do have some testing sections. How else can you view some of the most majestic scenery on the planet, without a climb or two?… Read More »

Independent-minded adventurers have long found themselves drawn to Asia. The continent’s mystique is commonly bound in such ambiguous phrases as ‘eastern religion’, and ‘far east’. While such references may be unhelpful, they do allude to a spiritual calling and a land far removed from that found in the west. And in many of this continent’s… Read More »

Adventure Travel, Hiking, and Trekking Trips to Bhutan this Fall

Along the lofty ridges of the Himalayas lies the Kingdom of Bhutan, a place that has remained blissfully untouched by the rest of the world. With very few visitors entering the country, Bhutan’s landscape has remained pristine, its rivers pure, and its mountains magical. Bhutan’s people are gracious, the culture is rich, and spirituality is… Read More » 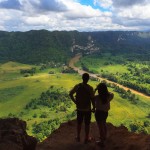 Keeping your travel gear secure on an Adventure Vacation

Most people, when they go on an adventure vacation leave the family silver at home. And considering all the hiking, trekking and adventuring in store, its best that you do so without your expensive jewelry or watches, too. It’s just common sense. But that’s not to say travelers don’t have valuable items in their luggage.… Read More »

Bhutan travel is more popular than ever, and choosing the right company to plan your Bhutan tour is crucial. Here’s how to determine which companies are the best Bhutan tour operators. The enchanting Himalayan Kingdom of Bhutan is revered among the well traveled for its unparalleled sense of mystery, rich culture, and opportunities for mountain… Read More » 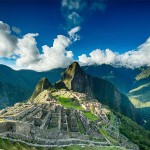 Inca Tail Trek to Machu Picchu More and more, travelers who want to trek to Machu Picchu are seeking out alternative, less crowded and sustainably managed routes, where porters are more likely to be supported properly and the experience is an authentic wilderness trek away from the crowds of the ‘traditional’ Inca Trail. Boundless Journeys’… Read More »